5 Steps to Fearlessly Asking for the Help You Need

5 Steps to Fearlessly Asking for the Help You Need

There’s a certain pride in solving your own problems, isn’t there?

Maybe you made it through a tight month financially by selling some items on eBay.  Or maybe you somehow managed to get your dog to vet, your kid to the doctor, the groceries for dinner, and your report for the boss–all without inconveniencing anyone but yourself.

Doing things for yourself is empowering.

But if you’ve ever struggled onward with heroic determination rather than ask for help when you really needed it, you’ll know that independence comes at a price. Sometimes, it’s a price you’d be silly to pay.

It’s not the load that breaks you down; it’s the way you carry it.

Many people these days find themselves over-committed, overwhelmed, and anxious.  Unfortunately, too many think the solution lies only in self-help.

A much needed complement, though fraught with fear and guilt for many, is to ask for help from others.

Not only does this help relieve your own burden, but studies show that human contact and kinship alone can help reduce anxiety.  It turns out getting help for yourself actually serves everyone.

To make that happen though, you have to ask.

And that scares the crap out of you just as much as it does me. So, let’s beat that fear today. END_OF_DOCUMENT_TOKEN_TO_BE_REPLACED

The Doubt Decoder Ring: How to Understand What Your Inner Voice is Really Telling You

The Doubt Decoder Ring: How to Understand What Your Inner Voice is Really Telling You

I t’s good advice, and you hear it a lot.  But is not dreaming big enough really your problem?

Or is it doubt?

Maybe you’ve started a side gig to test out your entrepreneurial chops and no one’s buying.  Or you’re going back to school at night and the lack of downtime is wearing you down.  Or maybe your spouse and friends are tired of your whining and are urging you to give up and settle down.

And that’s when the voice in your head pipes up with annoying questions like: Am I good enough to do this?  Is my dream really worth the pain?  Would I be better off doing something else?

One of the biggest misconceptions career changers have is that once you get started on the right path, that the doubt will go away.

In fact, it’s just the opposite.

The more you invest in your passions, the more you’ll doubt your ability and dedication to achieve it.

If the solution were “just ignore that voice,” it would be easy.  But often there’s an element of truth to the troubling questions you’re wrestling with.

The issue for a lot of people isn’t tuning in to their “inner voice,” it’s decoding what it’s saying.  Click to tweet

And if you want to have any hope at all of succeeding in those big dreams, you’re going to have to get really good at translating that inner voice into positive action.

In this post, I’m giving you your very own Doubt Decoder Ring.  Use it wisely and often. END_OF_DOCUMENT_TOKEN_TO_BE_REPLACED 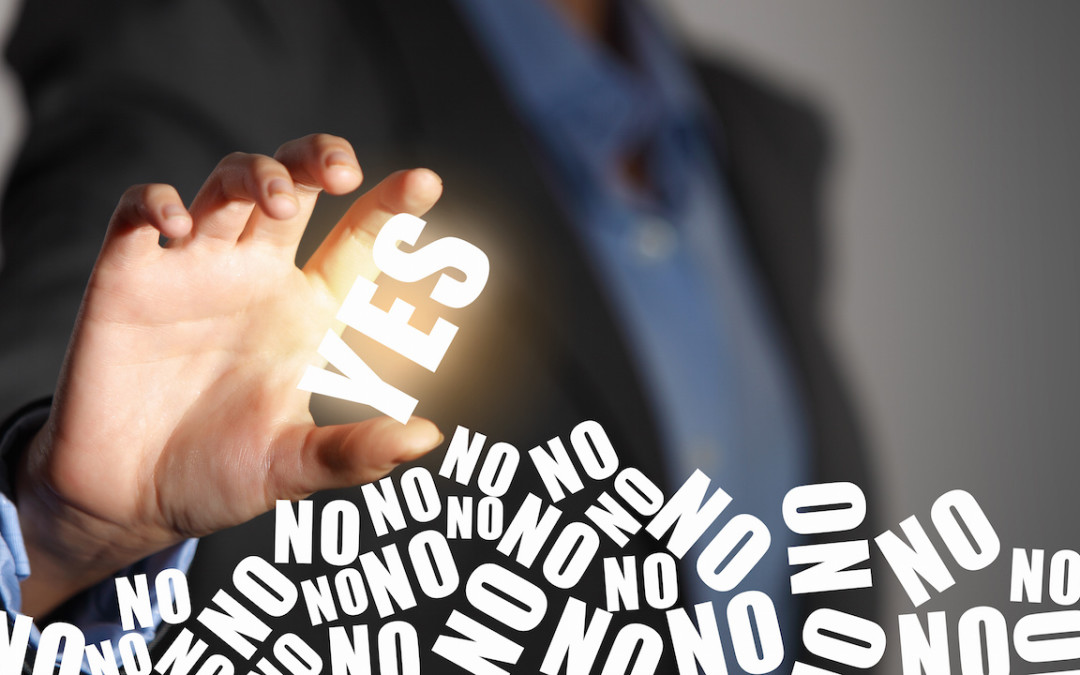 The Imaginary Rules that Bind You

The Imaginary Rules that Bind You

A fter a long flight over the Atlantic, the voice over the intercom said we’d started our final descent.  Then came the standard instructions to prepare for landing.

Afterwards, the stewardess came to me and asked, “You slept through dinner.  Would you like me to bring it to you now so you can eat it before landing?”

I looked at her, a bit stupefied.  Was this a trick question?  Hadn’t she just told everyone to secure their trays for landing?

I nodded.  She pulled out my tray, covered it with a small tablecloth, and quickly brought me a surprisingly delicious meal.  She imparted no urgency and no one secretly gave me to evil eye for such treatment.

Had she thought of it, she might have added, “Welcome to First Class.”

This scenario highlighted something that I know theoretically, but always need to be reminded of, and I suspect you do too.

Most of “the rules” aren’t rules at all. END_OF_DOCUMENT_TOKEN_TO_BE_REPLACED 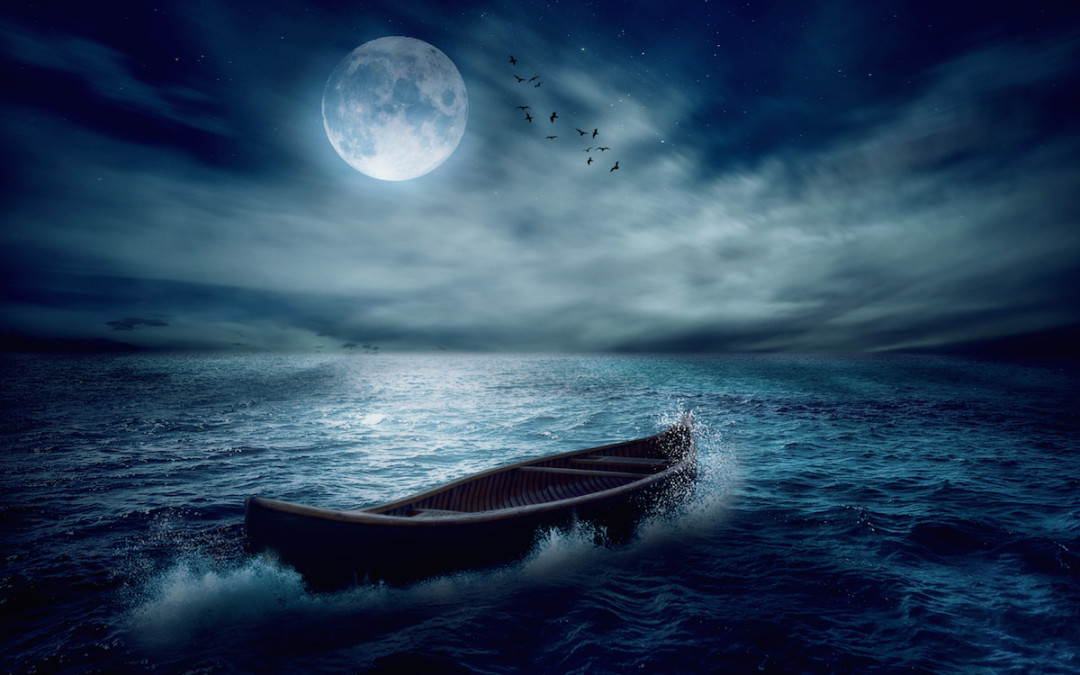 No One Can Tell You Everything is Going to be Okay

No One Can Tell You Everything is Going to be Okay

Y ou want to make a bold change in your life but your options feel risky.

What if you leave your job and can’t find another one?  What if you start your own business and get sick without health insurance?  What if your spouse gets tired of supporting your dream and leaves?

There will always be two choruses: those who think you’re crazy and those who advise “everything will be fine.”

Deep down, you want to listen to the voices of encouragement.  You want to give more room in your life to the positive instead of the negative.

But the negatives are pretty persuasive. END_OF_DOCUMENT_TOKEN_TO_BE_REPLACED

Optimists Beware–Are You Prepared for the Worst?

Have you ever found yourself wavering on a big decision, unsure of whether or not you should believe those irritating voices in your head?

They talk of failing, of looking dumb, of losing your house, your friends, and your reputation.

Most people will tell you to ignore the voices.  It’s just your fear talking.

But what if your fear is right?

I’m a big proponent of optimism, but I also think it’s smart to build a safety net before you leap.  After all, we know we’re supposed to develop escape plans in case of fire or look for the nearest exit on the plane, which may be in front of or behind us.

But most of us don’t.  We’re afraid to look.  Because planning for the worst means spending too much time with the things we’re most afraid of.

So we tell ourselves we don’t need to plan.  That it’s all a very unlikely occurrence anyway.

Turns out, you can make your plans without keeping yourself up at night with worry.  The trick?  Learn from someone who’s already had her worst fears come true … and landed back on her feet.

END_OF_DOCUMENT_TOKEN_TO_BE_REPLACED

You know, rationally, that everyone makes mistakes.

But it hasn’t just been one mistake.

It’s been one mistake after another. Doozies. Pursuing the wrong career, trusting the wrong person, buying a house at the wrong time, wasting time on the wrong opportunities.

And you just can’t do it again. Every decision feels enormous and risky. You’ve been blindsided by what felt like good, rational choices in the past, and your confidence just can’t afford another hit.

You dream of a better life, but the fear is crippling.

I know because I’ve been there. I attended the Air Force Academy to escape a domineering father, only to discover the Air Force wasn’t much better. I was so devastated when the man I thought I was going to marry ran off with someone else, I hooked up with a bipolar man who killed my cat. I made a series of decisions all with the goal of getting my Ph.D., only to discover I didn’t like graduate school.

There were times that for all the outward success, I felt like a complete disaster. I can remember sitting on the porch in the dead of winter one night, feeling so self-destructive and down on myself, I didn’t want to go back inside.

Years later, when it came time to leave the security of my job (along with all my retirement benefits), I really, really didn’t want to be wrong again. I’m still haunted by the idea that maybe I don’t have it figured out, that this new path I’ve taken will also turn out to be a wrong turn.

I’m not a fan of list posts, but the truth is, there’s no silver bullet solution to this problem. There’s no mental switch you can flip that suddenly turns you into a confident, competent decision maker.

But over time, I have discovered a series of strategies that can help. Here are 15 ideas to get in touch with your inner voice, get your life back on track, and to harness the confidence to keep pursuing your dreams. END_OF_DOCUMENT_TOKEN_TO_BE_REPLACED