W henever things get bad at work, whenever your boss pisses you off or you have to sit through another pointless meeting, you allow yourself a little dream.

You dream about meaningful work and the autonomy to do it at your own pace.

You imagine disconnecting from your caffeine lifeline, because you’ll be so darn happy in your dream career (whatever it is), you’ll be bursting with energy and enthusiasm. The stress will be gone, along with the crankiness and fatigue.

You worry you’re just kidding yourself. Can the grass really be greener in a new career? Or are you destined to be unhappy and unfulfilled no matter where you go?

In my own career change, I found some things almost instantaneously became better. For example, as an introvert, working in a job that required me to attend meetings all day, every day was draining. When I switched to working from home, I instantly had the energy to reengage and enjoy my friends and family again. These days, I average a social get-together about once a week as opposed to once a month (or longer).

Other problems were maddeningly unchanged, or in some cases, got worse. My tendency to over-commit to projects, leading to suffocating feelings of being overwhelmed, were not aided by becoming my own boss. I was a lot less short-tempered than when I worked in a big bureaucracy, but I still experienced more stress than I wanted.

I realized that changing careers isn’t the fast track to outrunning your inner demons. But it can be just what you need to outsmart them. Let me explain … END_OF_DOCUMENT_TOKEN_TO_BE_REPLACED 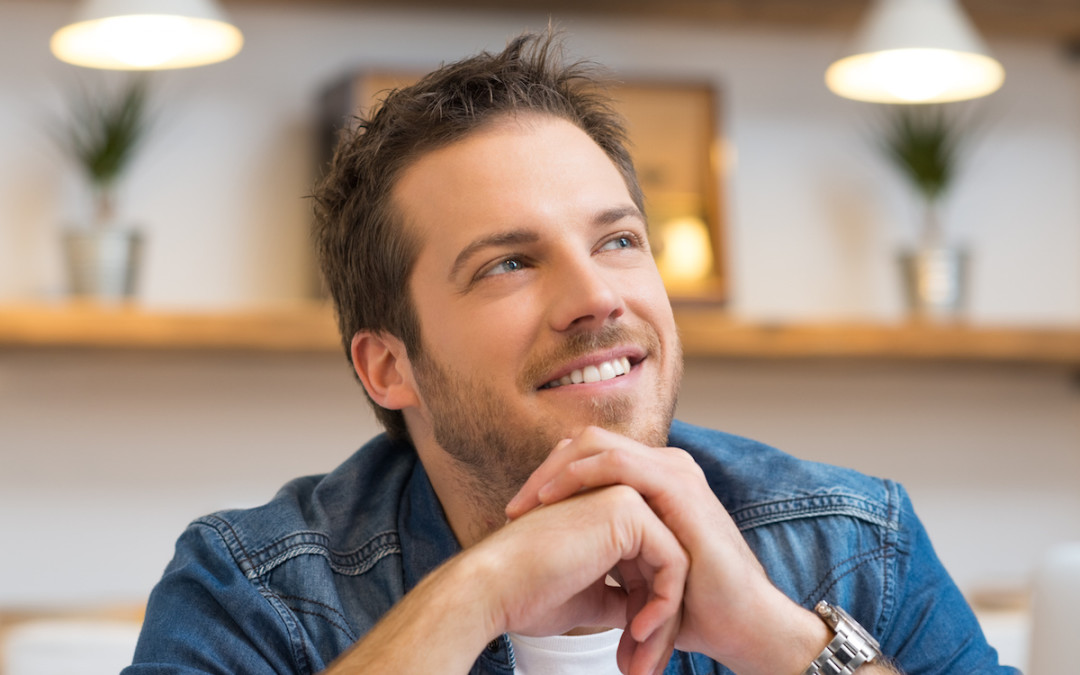 I wanted to get fit.  After suffering some debilitating injuries years ago, I didn’t take my health for granted.  But I couldn’t evade the truth: whenever my trainer assigned additional workouts, I failed to complete them.

I just didn’t have enough discipline or time, I told myself.

I vowed to do better.

Like many who set such goals for themselves, either at the start of a new year or any time, it didn’t work.  I maybe got one additional workout in, but that’s as far as my resolve took me.

I was pretty dejected about it.  What was wrong with me? END_OF_DOCUMENT_TOKEN_TO_BE_REPLACED

I’d Do Anything to Stop This Pain

I’d Do Anything to Stop This Pain

Y ou know what you should do, but you just can’t bring yourself to do it.

Maybe someone broke your heart.  Maybe you use food as an emotional crutch.  Maybe your doctor has warned you need to start exercising, or else.  Maybe the strain of grinding it out in a job you hate leaves you crying into your pillow.

The problem isn’t that you don’t know what to do.

It’s that the solution requires a strength you’re not sure you have.

Case in point: last week, I couldn’t get out of bed.  Or more accurately, a shooting pain from my neck down through my shoulder highly discouraged me.

The pain was almost unbearable.  It felt like I was getting a tattoo put on my shoulder … all day long.  I broke down crying while doing simple things like bending over to brush my daughter’s teeth.

My first thought was, “My goodness, there’s so much we take for granted.”

My second thought was, “I’d do anything to stop this pain.” END_OF_DOCUMENT_TOKEN_TO_BE_REPLACED

How Inspirational Videos Can Hurt You

How Inspirational Videos Can Hurt You

He did everything he was supposed to: went to a college with a good sports program, played ball and played it well.

Unfortunately he also made some poor personal choices which resulted in getting arrested. He was suspended from playing for a semester, the year he hoped to get picked during the NFL draft. It didn’t happen.

For many, this would be the end of the dream. They would wander off, get a regular job, and reminisce about what could have been.

Ruffin, on the other hand, upped his game.

He became a free agent, and then made a video that went viral and got his name in front of millions of people, including some in the business. At this writing, he was in talks with some professional teams.

But let’s be absolutely clear about one thing: this video is meant to help Ruffin, not you.

It’s a creative approach to get noticed in an extremely competitive sport after he had already missed his best opportunity. In that sense, it’s brilliant. It’s a great example of how to use unconventional methods to get hired.

The problem with this video, and so many inspirational videos like it, is that it perpetuates a lot of myths that can be downright dangerous to those who get caught up in the rah-rah moment.

After coaching hundreds of unhappy people through career change, believe me when I say: the unstated assumptions and advice in this video can lead you seriously astray.

In this post, I highlight how these motivational messages can hurt you and how to stay on track to achieving your own dreams. END_OF_DOCUMENT_TOKEN_TO_BE_REPLACED

11 Powerful Lessons from my Summer Vacation

11 Powerful Lessons from my Summer Vacation

G rowing up, my Dad told me over and over, “Work smarter, not harder.”

Decades later, after pursuing a career I didn’t love and then almost burning out on one I did, I acknowledged something had to change.  So I decided to perform some radical experiments and in the process, hopefully get smarter.

It started with taking 5 weeks of summer vacation.

As an over-achiever and workaholic by nature, I thought that much time off might kill me.  As the saying goes, it only made me stronger, in addition to healthier and happier.

Here are 11 powerful lessons I learned from what turned out to be my best vacation ever–and how you can avoid my mistakes. END_OF_DOCUMENT_TOKEN_TO_BE_REPLACED

How to Stay Motivated When You Feel Like Giving Up

How to Stay Motivated When You Feel Like Giving Up

When you were younger, you thought you could do almost anything.

You imagined not just becoming a doctor, but curing cancer.  You didn’t just day-dream about starting a business, but creating inventions that solved big problems.  You didn’t just see yourself as a poet, but the bard who reignited modern culture’s interest in verse.  (Okay, maybe that last one was just me.)

Over time, you reset your expectations of the possible.  Why?

First, friends and family urged you to be “realistic.”  Then the self-doubt crept in.  You became more cautious while also raising your standards.

After all, if you’re going to do something amazing, you have to be amazing, don’t you?

Finally, you realized the whole thing was taking a lot longer than you’d thought it would.  You were tired and your motivation was quickly sapping.

Finally you told yourself: who needs those silly dreams anyway?

When I put together the self-study version of my No Regrets Career Academy last year, I tried to answer all the questions about how to choose a career that I could conceive of in the material itself.

But the most common question I got back wasn’t about how to choose a new career at all.  What most people wanted to know was: how can I stay motivated to keep going on my quest?

In trying to answer one of the most important questions of their lives, too many wanted to just give up.

In this post, I discuss the simple solution that’s helping my clients get over the hump, so to speak.  And why I realized I needed a dose of my own medicine.